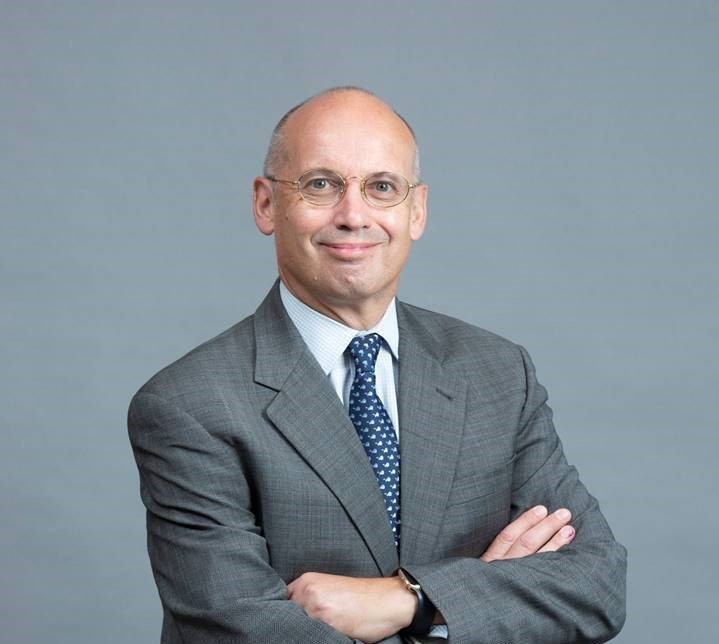 Peter Mulberry, Managing Director at Morgan Stanley’s Technology Division, shares with WiFA his motivations to be a male ally, how being an ally helped to unlock the power of diversity for his organization and much more.

Tell us about yourself

I am 62 years old and nearing the end of a very varied career.  I am British by birth and also have US citizenship.  I have spent more of my career working outside the UK than within it.  I spent 5 years in The Netherlands in the 1980s, I had two stints of working in the USA, from 1998 to 2000 and from 2003 to 2018, and since the start of 2019 I have been working in Hong Kong where I head up Morgan Stanley Enterprise Technology and Services (ETS) for Asia.

During my 40 years, I have seen a quite radical shift in the roles of women technologists in the workforce.  In my early days, the only women in Technology, tended to be under 35 and in relatively junior roles.  Today in Asia we have three CIOs, two of whom are women, and they report directly into the Global CIO who is also a woman.

What motivates you to be an ally in the financial services industry?

First and foremost, my late mother!  She was a lady who should never have been a home maker (housewife).  She left school in 1938,  and joined the Post Office as a telephonist.  Throughout the second world war, she worked in the Telephone Exchange in Bristol, England, ensuring that people could communicate while bombs were dropping.  Later, she climbed through the ranks and became a senior supervisor and trainer.  She was a quite remarkable woman.  As a young child, she had polio which left her with one leg that did not fully function.  She was very self-motivated not to be defined by her disability and get on with life.

My mother was of a generation where women, if they were working beforehand, were expected to give up their work and focus on family after marriage. Despite her love for my father, this was not a fulfilling life for her. She threw herself into the roles of wife, mother and carer to aging parents with as much passion as she had dedicated to her career even though she had little interest in many of the tasks associated with homemaking. I still recall the shoelace tying lessons, as well as getting me to a relatively high standard in reading and mathematics before I started infant school!

She eventually returned to work, in 1968, as the warden of sheltered accommodation for elderly people.  This was clearly under-utilizing her talents, but as was usual in those days, the woman was deemed responsible for caring for the family so she took on a role that would enable her to look after me.

I regard what happened to my mother as a huge waste of talent.  As she neared the end of her days, I could sense in her a feeling of lack of fulfilment. A woman of her intellect would have been so much more fulfilled if she had been allowed to develop her career further.

Please provide an example of how being an ally helped to unlock the power of diversity within your team or your organization?

I inherited an all-male management team in Asia, and we have since worked to change this. We have hired talented women, as well as built and fostered an inclusive environment through the team.

Creating an inclusive workforce is the cornerstone to creating a strong and diverse team. Without this, individuals can feel resentment, exclusion or a sense of tokenism, and will be a huge detriment to all our employees and the business.

At the hiring stage of the process, our recruitment activities are focused on driving gender diversity and we only work with agencies who are equally committed to our gender goals by submitting a balance of CVs.  Once it gets to the interview process, we ensure our interview panels are gender-balanced.

Recruitment is just the start. To retain our talent once they’ve joined, we support them in reaching their potential in myriad ways. For high performing technologists we offer access to mentoring and ensure that managers are checking in regularly to keep them set up for success.

At Morgan Stanley we also want to support our employee’s external commitments by encouraging parents, both mums and dads, to have conversations around their flex needs. By having open, honest, and inclusive conversations we can encourage all our team members to deliver high quality work and take on stretch assignments.

What advice or guidance would you provide men so they can become an ally? What can they do better to support their female colleagues professionally?

All employees should be treated as equals and to do this we need to be aware of our unconscious bias as well as consider the societal expectations they may be facing. Where we know that there are inequalities, we should be supporting employees to level the playing field. We need to be very careful not to perpetuate gender stereotypes, and most notably ensure all employees feel equal.

We should watch for micro-inequities and set examples of equality through our own leadership. This also pertains to the delegation of work – complex and challenging tasks should be distributed evenly across all employees so that they have the opportunity to stretch and develop themselves, as well as demonstrate their capabilities to the Firm.

We can support the advancement of the women in our teams by mentorship, this is important even in the more junior roles as they are our future leaders. Overall in the industry there are relatively few women in senior roles for junior talent to look towards. Whilst we continue to balance the leadership representation we can bridge the gap by mentoring and sponsoring as well as ensuring to point out some of the senior female role models that we do have in the Firm.

Stay up to date with WiFA